In 1996, the Diocese of Egypt established a temporary clinic in Sadat City to satisfy the urgent need for basic medical services and to establish a presence in the city. The current hospital was officially opened in December 2010.

The Harpur Memorial Hospitals in Menouf and Sadat complement each other, with Sadat City more focused on primary, preventative and emergency health care, and Menouf focused on tertiary care.

The goals of HMH Sadat City are to provide primary and preventative services to meet four fundamental needs:

“I am from Kafr Daoud, a small village near Sadat City. I first came to Harpur Memorial Hospital in Menouf in 1996. The doctor who examined my knee told me what to expect and exactly what he said happened. These doctors are very professional, and I completely trust their treatment. All of the staff have loyalty in their work, they show respect to patients, and they are kind. They have high morals, and this is how medicine should be. I only trust the doctors here, and I have never been to another hospital since.” 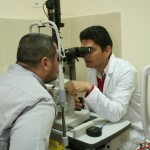 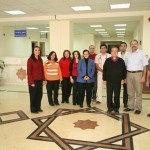 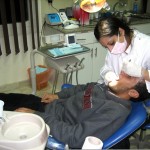 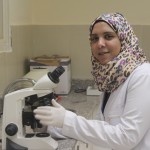 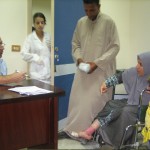 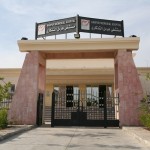 In 1996, the Diocese established a temporary clinic in Sadat City to satisfy the urgent need for basic medical services and to establish a presence in the city.

During 2010 the clinic treated 7,890 patients. Since the hospital opened in December that year, the number of outpatients has grown dramatically and in 2012 the hospital served 27,398 patients through its outpatient clinics.

The hospital offers a full range of standard laboratory tests as well as x-rays, ECGs (echocardiograms) and ultrasounds.

The inpatient department opened in 2013 as soon as the hospital received the appropriate licences from the Ministry of Health. The first operation, an emergency appendix operation, took place on 7 February 2013. The first baby, Yousef Ahmed, was delivered at the hospital on 10 March 2013 . In 2013, there were 175 surgeries.

One of the largest industrial cities in Egypt, the majority of the population are low income industrial workers.