At the end of the 19th Century an Irish medical doctor named Frank Harpur (Harmel, as called by Egyptians) came to Egypt. Frank Harpur, motivated by the love of God and the desire to serve his fellow brothers and sisters in humanity, came to provide medical care for needy Egyptians.

Dr. Harpur founded a small hospital in Old Cairo, but soon he realized that the need for medical care increases the further one travels away from Cairo. He asked himself: “How can I reach out to these deprived areas?”After thinking, he decided to buy a sailboat (dahabia) to be the first floating hospital on the great river of Egypt. With his dahabia (floating hospital), he was able to sail to many villages where he used to set up a tent hospital. In the tent hospital he examined the patients and treated them for endemic diseases, eye diseases and various injuries.

In one of his trips, Frank Harpur reached a village called el Hamoul in the Province of Menoufya. One of the elders of the village, Sheikh Bassiouny el Saidi welcomed him to set up the tents in his field. A few days later, at the time of the departure of Harpur, Sheikh Bassiouny asked him to establish a permanent hospital in the area.

Menouf, the then capital of Menoufya, was chosen to be the location for its first hospital. In this way, the welcome and hospitality of the Egyptian people joined with the love and expertise of the Irish people to form this unique hospital: Harpur Memorial Hospital, which has served the people of Menoufya since it was established in 1910. After the death of Dr. Harpur, the Diocese of Egypt, who owned the hospital, dedicated the hospital in his memory because he dedicated his life to serve his patients. 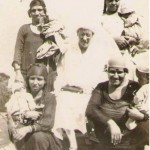 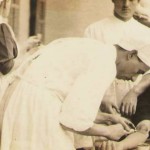 As a result of its strong reputation, the Diocese of Egypt was approached by local leaders in 1994 with a request to set up a hospital which could provide similar services as Harpur Memorial Hospital in Menouf.

The land was purchased in 1995, and the next year the Diocese opened a temporary poly-clinic in Sadat City to satisfy the urgent need for basic medical services and establish a presence in the city. The foundation stone of the hospital was laid together by the then Archbishop of Canterbury and the Deputy of the Grand Imam of Al Azhar al Sherif

Harpur Memorial Hospital in Sadat City was officially opened in December 2010. The two hospitals complement each other, with Sadat City more focused on primary, preventative and emergency health care, and Menouf focused on tertiary care.